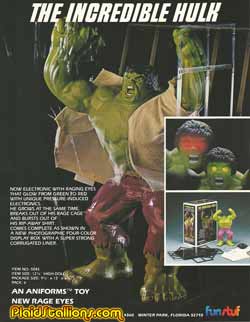 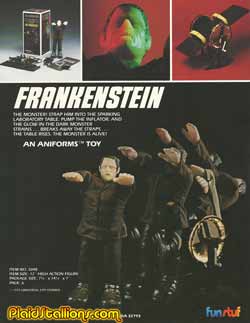 Funstuff utilized the hot licenses of the day including the Marvel Superheroes, comic strip characters and the Universal Monsters. Seeing as they released figures of Dracula, Frankenstein and Monster Heroes Thing and Hulk, they were the prime company to kick off the monsterous month of October here. 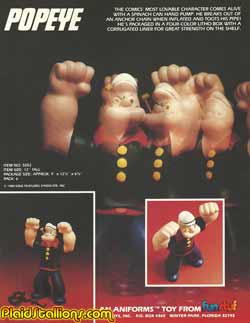 OK Popeye isn’t a Monster but he’s kind of homely…..
1980 Funstuf Catalog
More Monster dolls and 1980 fun from Past Updates