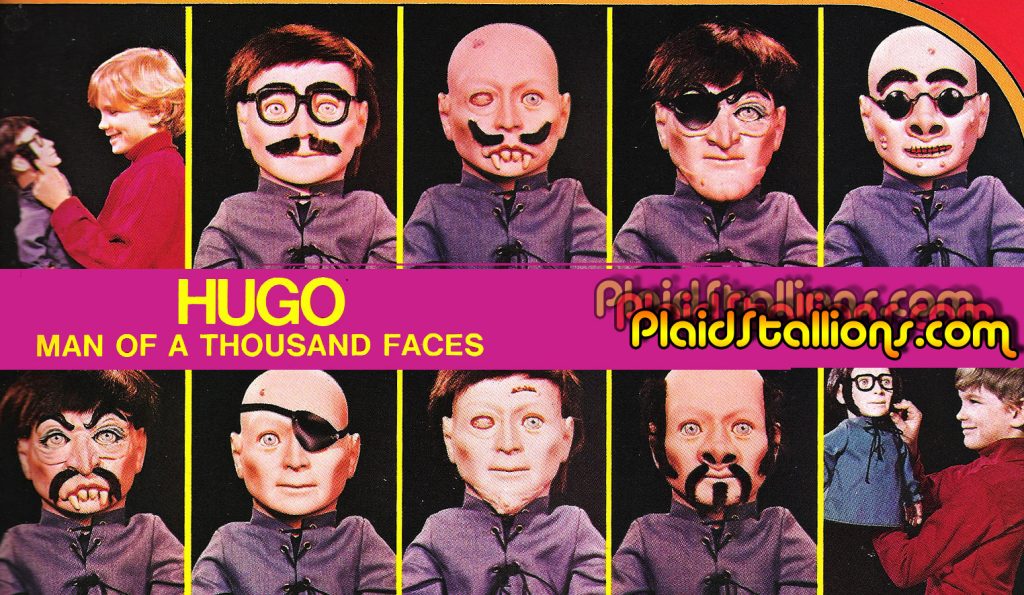 In 1975, Kenner produced a doll that was the brainchild of special effects artist/director/writer Alan Ormsby who acted and did the makeup for the film “Children Shouldn’t Play with Dead Things” and authored the classic scholastic book Movie Monsters which probably spawned a legion of Monster kids by itself.

Hugo was a great concept, a puppet version of Lon Chaney sr, complete with a makeup kit so you could give him hundreds of combinations of disguises. As a bonus (?) the Hugo puppet on its own was creepier than ten ventriloquist dummies, his unusual stare had him featured in Pee-Wee Herman’s original act and on the popular “Uncle Floyd Show”.