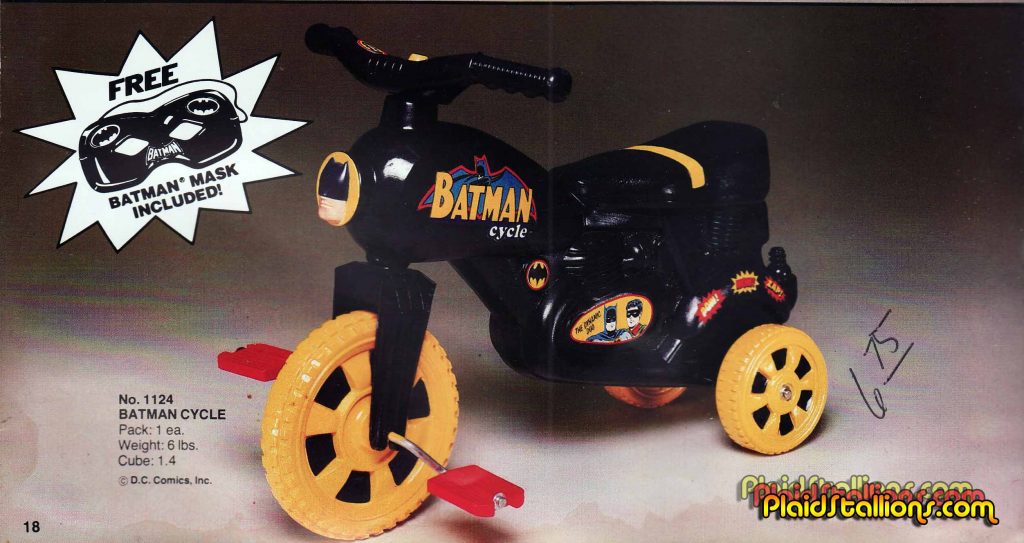 The free mask is problematic, people are just going to call you “Robin” and you’ll spend your crime-fighting time correcting them.   Limited Edition Gift Sets Available Now! Rather than crowd fund the next issue of the magazine, I thought I’d whip up these gift sets full of merch we’ve created in the past. Just […]

END_OF_DOCUMENT_TOKEN_TO_BE_REPLACED

Empire Toys was primarily known for two things, licensed big wheel type vehicles for kids and licensed vehicles for other companies action figures. 1978 was no exception with Empire licensing characters such as The Flinstones, Batman, Spider-Man and Mickey Mouse into a lot of fun with wheels. Check out the 1978 Empire Toys Catalog here. […]

END_OF_DOCUMENT_TOKEN_TO_BE_REPLACED

1979 is a candy land if you like vague Star Wars knock offs, the card art on this one features the love child of Harrison Ford and Martin Landau. I honestly prefer stuff like this to licensed Star Wars merchandise and that’s saying a lot.