I admit, this thing is on here because I had it as a kid (you can read that tale here) and as much as i resented it at six, I love it now. You can't do a list of 1970s merch without mentioning Underoos, it's a law of some sort. Underoo's didn't forget about the ladies, Daisy Duke, Princess Leia, Spider-Woman, it was a good group! 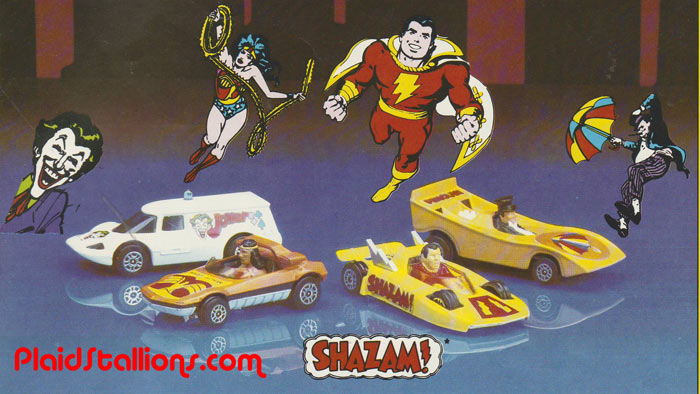 OK, she didn't have a car in the comics but Shazam isn't old enough to drive and he has one! Adding Wonder Woman to a line of diecast cars, primarily a boy thing, was kind of a big deal and made for an awesome toy as well. We'll gloss over that the figure in the car looks like she's a melting..... 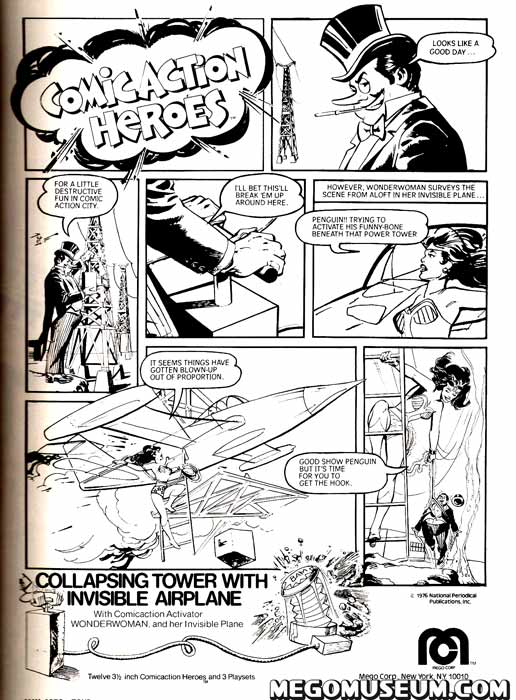 Mego was pretty revolutionary for introducing female characters into action figure lines, something Big Jim and GI Joe stayed away from in the 1970s. When they launched the Superhero license Wonder Woman was always a big part of the action.

This piece from the Comic Action Heroes line features Wonder Woman, her invisible jet and her arch enemy The Penguin? To be fair, Superman also got saddled with him as well so we'll over look that one oddity. Early versions of the figure looked like Alan Alda with long hair (see above) but Mego quickly retooled the figure. 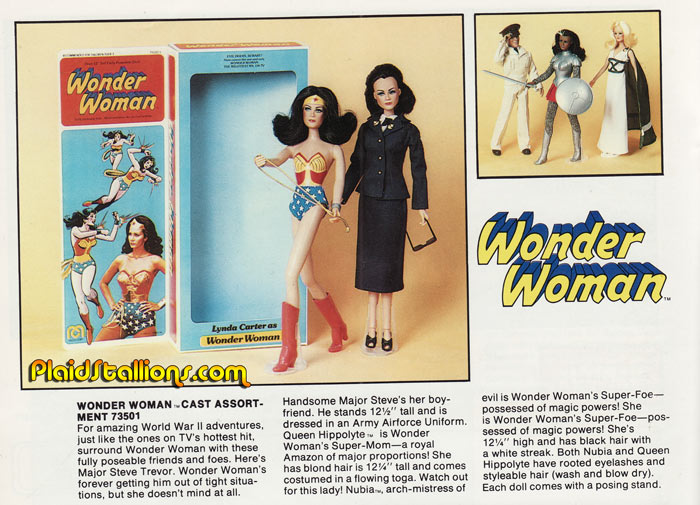 Mego didn't pay for the likeness of Linda Carter or her other TV Stars (in fact, they had to remove her from the box) but they had the comic rights and produced a highly detailed series of 12 inch dolls. Mego even proposed a play set that sadly never came to be but in Canada, they sold Barbie style Fashion outfits for Diana Prince. 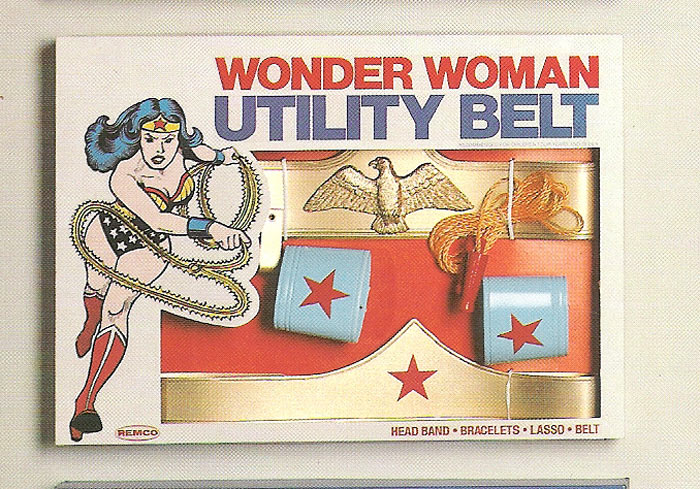 This innovative kit by Remco was one of the few that made absolutel perfect sense (unlike the ones for the Hulk, heck even Spider-Man's was a bit weird). While I never personally had this as a child, EVERY GIRL ON MY STREET DID. If it wasn't perfect enough, the lasso was also a jump rope. This toy should never go out of production.