The play family camper with it's boat and squishy foam beds was hours of fun but the one thing that rocked my world as a kid was the toilet. Seriously, none of my other toys went to the bathroom. 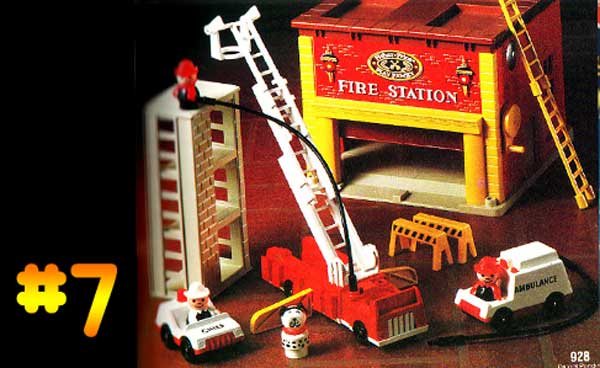 Kids and Fireman will always have a strong bond, extra kudos for FP making their dog character into a Dalmatian for this set. 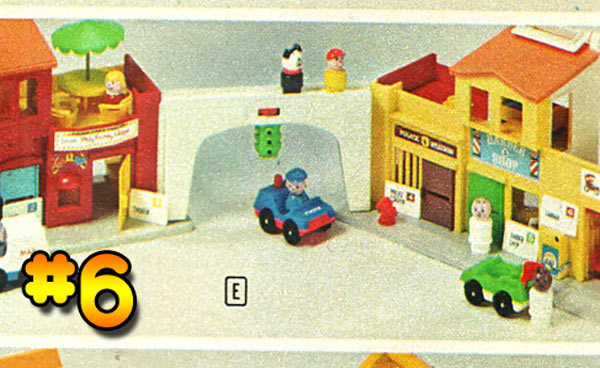 #6 is the village, see what I did there? No? Ok. This set gave you a whole universe to explore, it was sort of a sample for the FP little people world which even included a barber shop for people that had little to no hair... 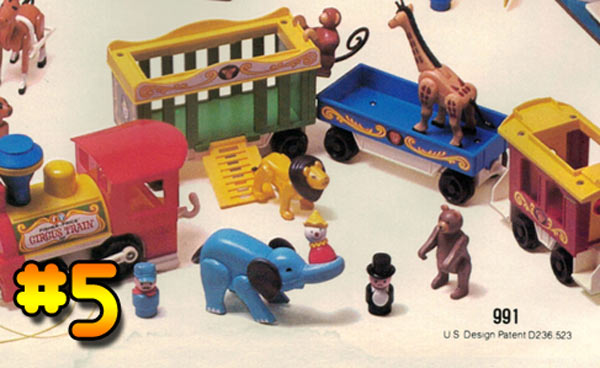 Clowns terrify me to this day however this set rocks because it adds so many cool animals to the play family universe, it's should be on this list for the elephant alone..

Airports and Airplane related movies were all the rage back in the middle 70s. A super fun toy on it's own, I often used mine to re-enact "airport 75" type movies I had no business watching in the first place. 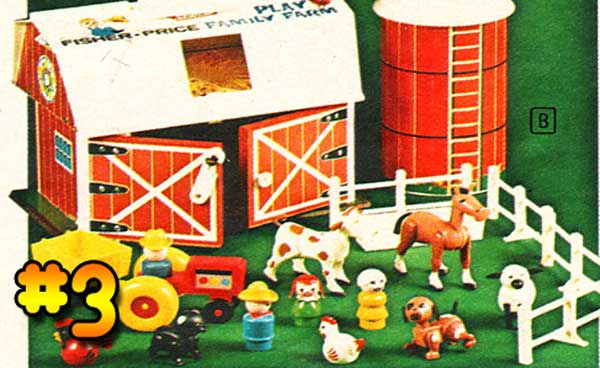 The door went Moo. It was 1974 and that was AMAZING. Seriously I'm still not sure how they pulled that off! Sorcerers! 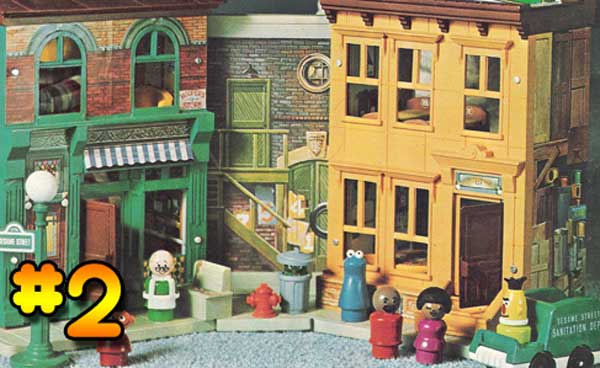 My personal favourite, it should come as no shock this is in the top three. Launched at a time when Sesame Street was becoming a household word, this set took Christmas morning by storm, I played with my set for years (probably too long in all fairness) and so did my kids, I will profess to getting very choked up when I put this set away for my future grand children. 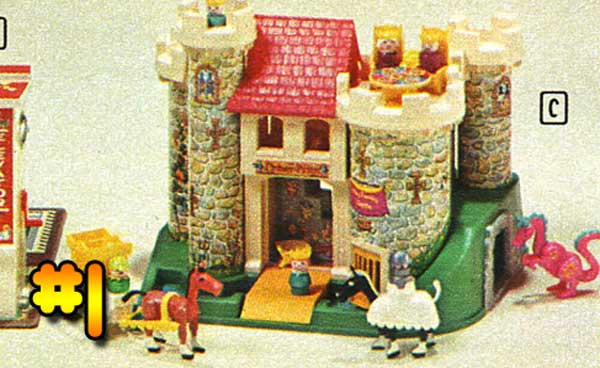 This fantasy themed play set was also loaded with cool features including trap doors, a dungeon and of course that Dragon. My friend's little sister had one of these, I was too old to actually play next to her but dammit, I wanted to...